JMW Turner’s magnificent oil painting, Walton Bridges, takes centre stage in a new exhibition at Lynn Museum opening on 25 June until October 15. Focusing on depictions of water, the exhibition sets Turner’s achievements as a painter of rivers and seascapes within the artistic context of his time. 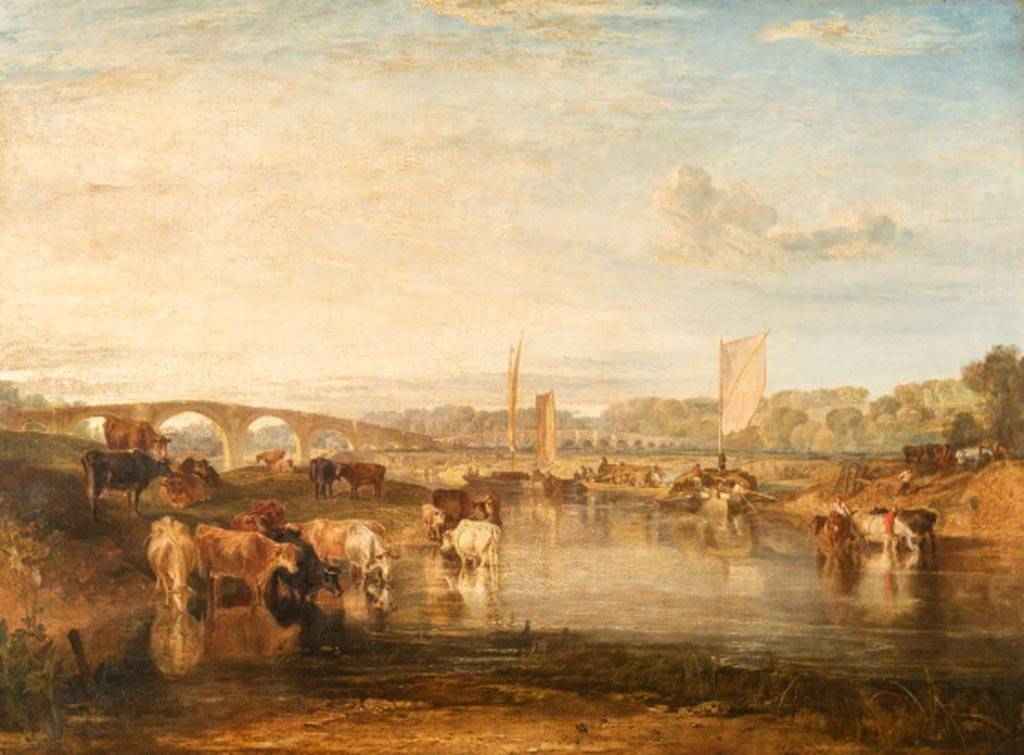 Featuring stunning oil paintings and watercolours by artists including John Sell Cotman, Jan van Goyen, George Vincent and Henry Baines JMW Turner and the Moods of Water explores how artists who either influenced Turner, or were influenced by him, portrayed the element of water, expressing the many moods of rivers, estuaries and the sea.

Walton Bridges was purchased by Norfolk Museums Service in 2019. It was saved for the nation thanks to a generous £2.1m grant from The National Lottery Heritage Fund and also with timely support from Art Fund, and a private donor. 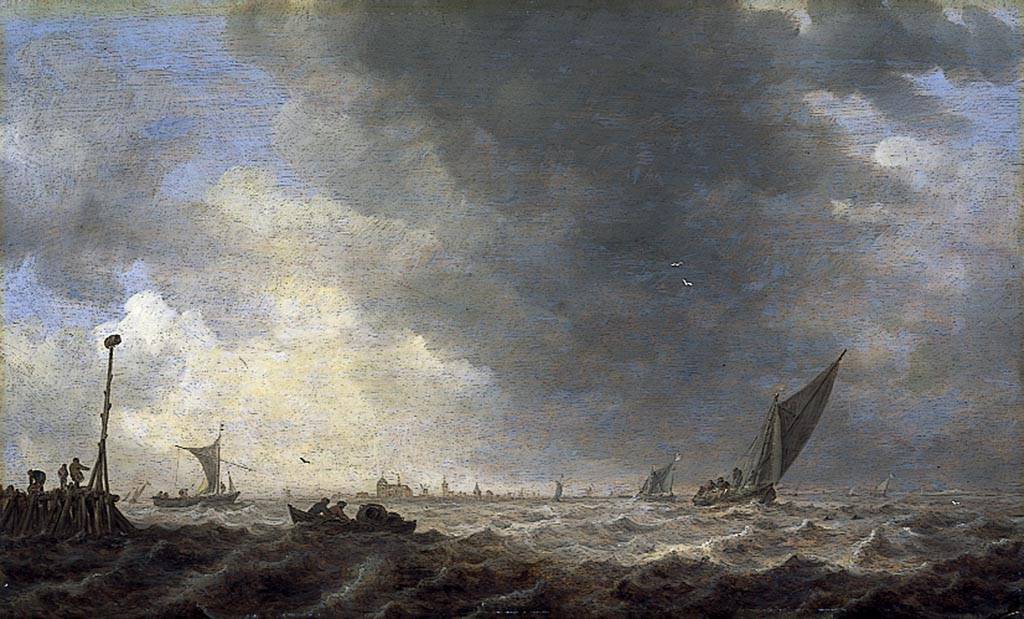 This early Turner masterpiece is at the heart of the exhibition. Painted in 1806, Walton Bridges is the first in a series he painted during his extensive boat trips on the Thames during 1805-6, and is particularly significant for the fact that it is thought to be the first oil he painted largely en plein air, in the open air. 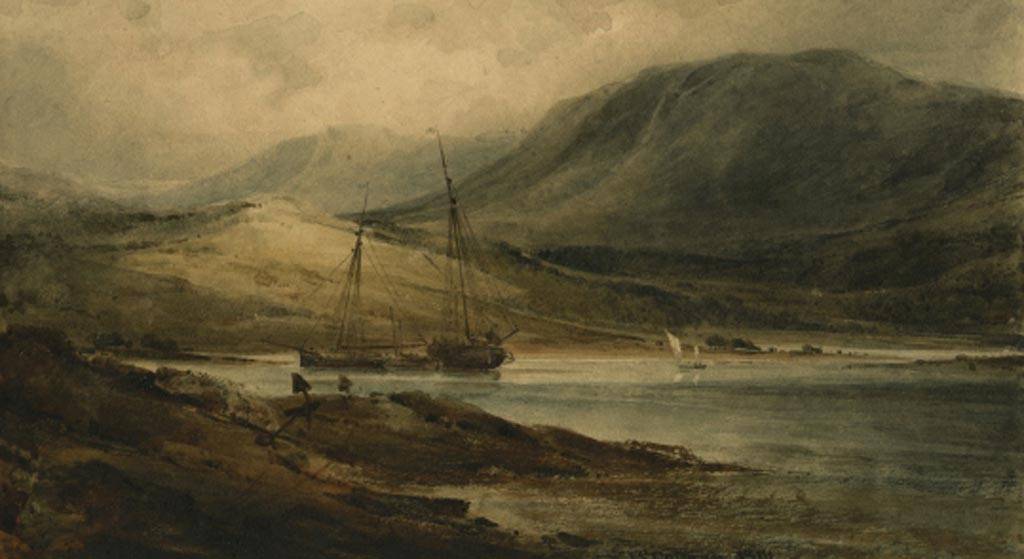 Turner’s impressive work depicts the bridge, then less than twenty years old, at Walton in Surrey, an area now part of London. Turner combines a traditional landscape subject of cattle and rural scenery with working barges and an example of the latest engineering, an approach that would have been considered radically modern.

This is the first oil painting by Turner to enter any public collection in Norfolk, Suffolk or Essex. The exhibition at Lynn Museum is one of five in museums around East Anglia celebrating the painting’s arrival in the East.

The East Anglia Art Fund is generously contributing to this tour. 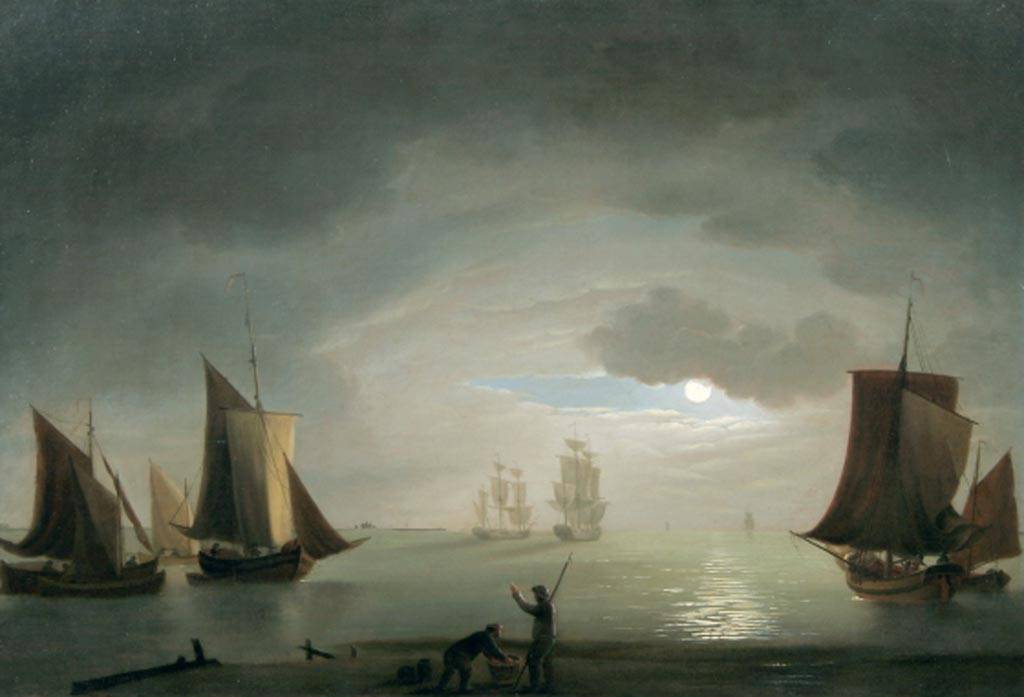 Surrounding this work are paintings by artists who were also drawn to capturing the many moods of water, some of whom have local connections. They include Henry Baines, who was born in King’s Lynn in 1823, son of master mariner, John Baines, whose arresting oil painting The Fisherfleet looking East is on display. He was interested in Turner’s depictions of clouds and sea and copied these in his pencil sketches. 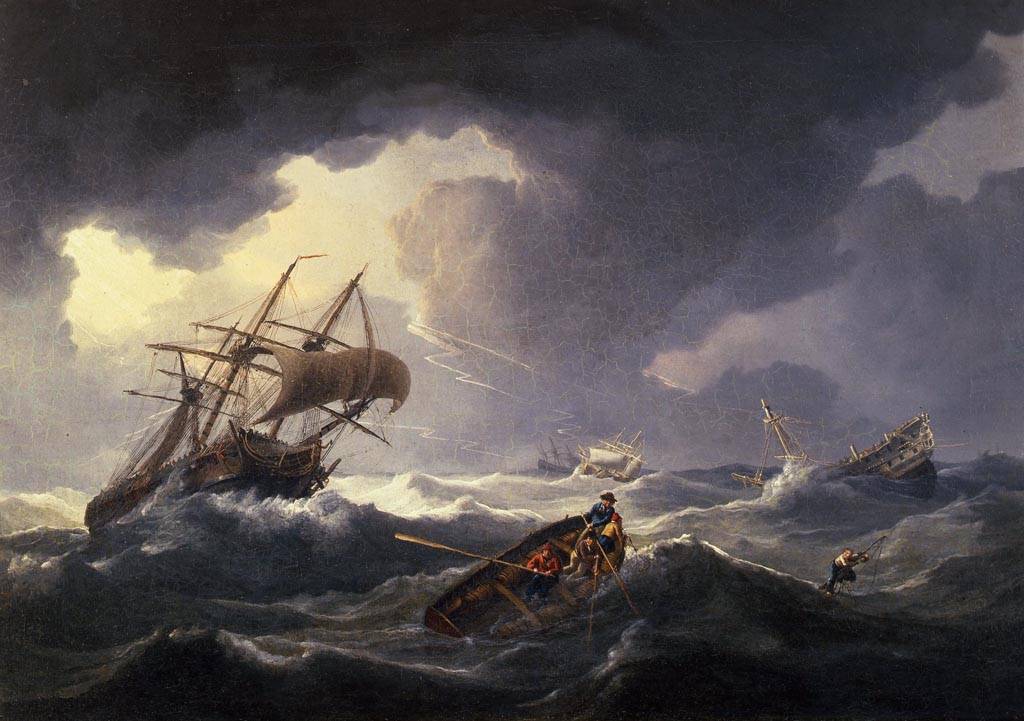 James Sillett exhibited at the Royal Academy many times alongside Turner. He lived between Norfolk and London, and spent eight years in Kings Lynn, working as a drawing master. He exhibited at Lockett’s coffee house in the Tuesday Market Place. His Seascape in Moonlight demonstrates clear stylistic debts both to Turner’s sea paintings and to earlier Dutch art.

William Joy, and his brother John, born in Great Yarmouth, were both artists who specialised in maritime scenes. William Joy, like Turner, was admired for his accurate renditions of ships tossed on stormy seas. In Boat Going to a Vessel in Distress Joy portrays a dramatic rescue attempt, probably off the Great Yarmouth coast. 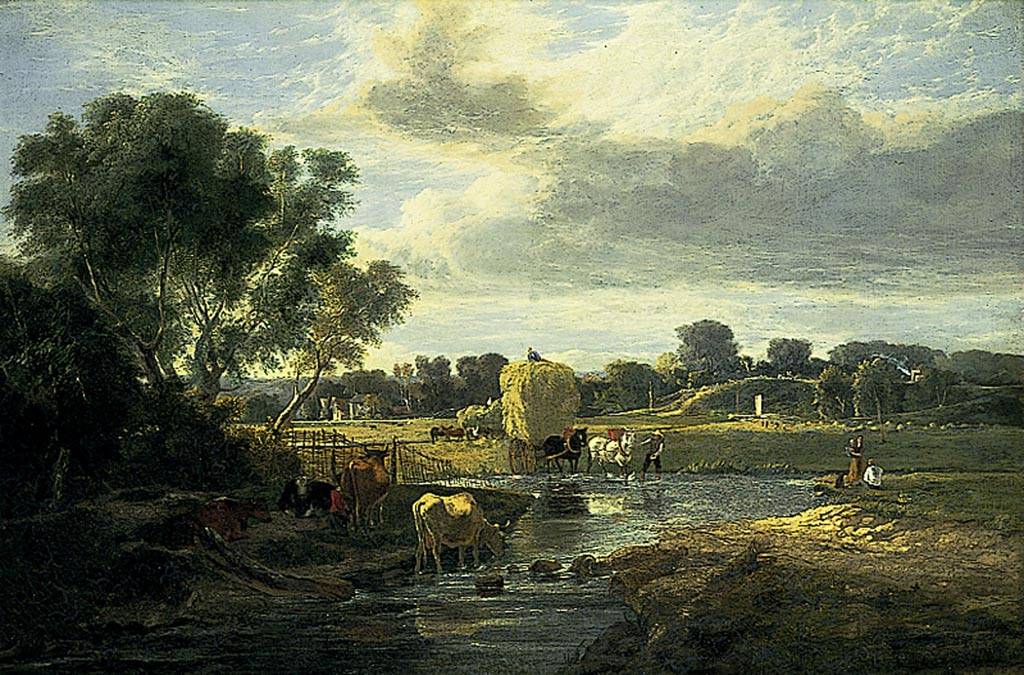 George Vincent’s Trowse Meadows near Norwich, 1828 is similar in many ways to the scene depicted in Walton Bridges though the contemporary life he captures involves a hay-cart rather than a barge, emphasising the agricultural character of Norfolk. Vincent trained with the landscape master, John Crome, in Norwich but spent much of his career in London where he exhibited at the Royal Academy several times alongside Turner.

Turner has always been especially admired as a painter of earth, air, fire and water, the ‘four elements’. Many other artists were also deeply inspired by the ways in which he captured these fundamentals of nature. This exhibition is a rare opportunity to appreciate Turner’s genius alongside significant works by his antecedents and contemporaries in an exhibition which shows how he tapped into and helped shape, the ‘Romantic’ movement of his time. 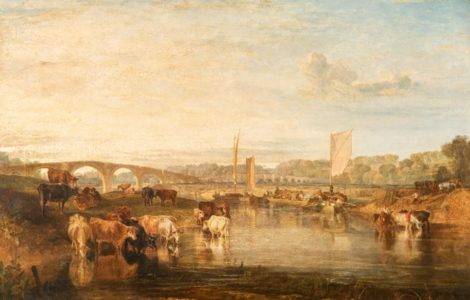