Normans in Norfolk and where you can discover them

What did the Normans do for us in Norfolk? Before The Friendly Invasion of the United States Air Force in 1942, the biggest landscape and cultural impact in Norfolk’s history was the arrival of the all-Conquering Normans. 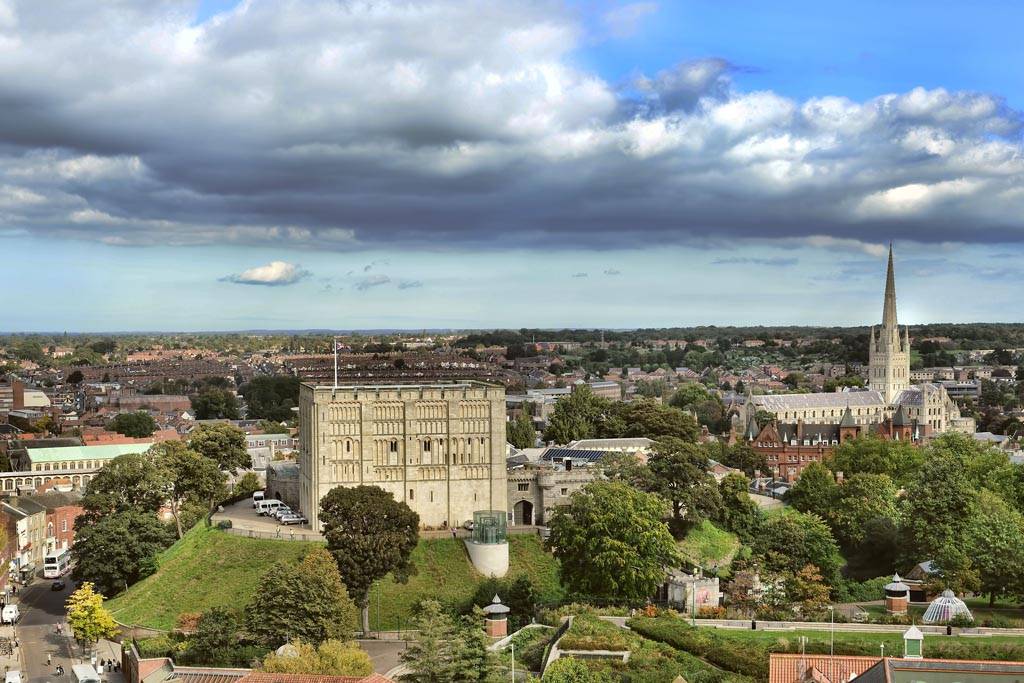 And what they’ve left behind, a thousand years on, is a rich heritage of monuments to their ecclesiastical piety and military prowess.

Norfolk is one of England’s greatest Norman counties and it was actually the Normans’ administrative system from which the county comes – the invaders resolved the issue of the North and South peoples by making Norfolk and Suffolk.

The Normans also changed the way we called ourselves – they were keen to have surnames (note the French first syllable) that indicated a flag under which you would fight or a duke to whom you had allegiance. That’s why we have the Christian mystic Julian of Norwich, who may well have come from a privileged background.

Norwich’s role as the county capital dates from the post Conquest era when the Normans built the castle and Bishop De Losinga moved his headquarters from Thetford and founded Norwich Cathedral. Norwich became England’s second largest medieval city after London and today is our most complete medieval city.

There’s so much Norman heritage around Norfolk – here’s Visit Norfolk’s top Norman places to visit. Show some Norman wisdom, and go along yourselves… 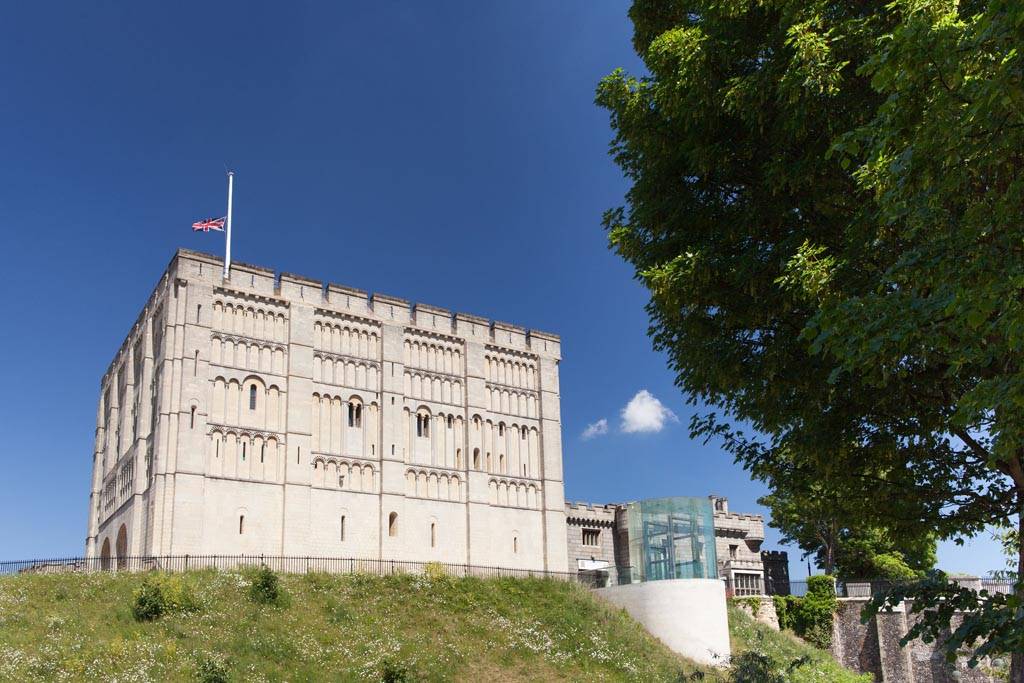 There have been castles by the Romans, the Tudors and the Saxons, but it was the Normans who came to the country in 1066 who really knew how to make stone edifices that dominated their surroundings. They weren’t defending against invasion, but to show who the boss was – they made a statement of conquest. Norwich Castle was established in 1067 by William the Conqueror as a Royal palace.

It was built in Caen stone, rather than wood, which demonstrated Norwich’s wealth at the time. (Talking of castles, it was Norfolk-born Sir Edward Coke, Queen Elizabeth I’s Lord Chief Justice, and the man who began the family dynasty that resulted in the building of Holkham Hall, who coined the phrase, ‘An Englishman’s home is his castle’). 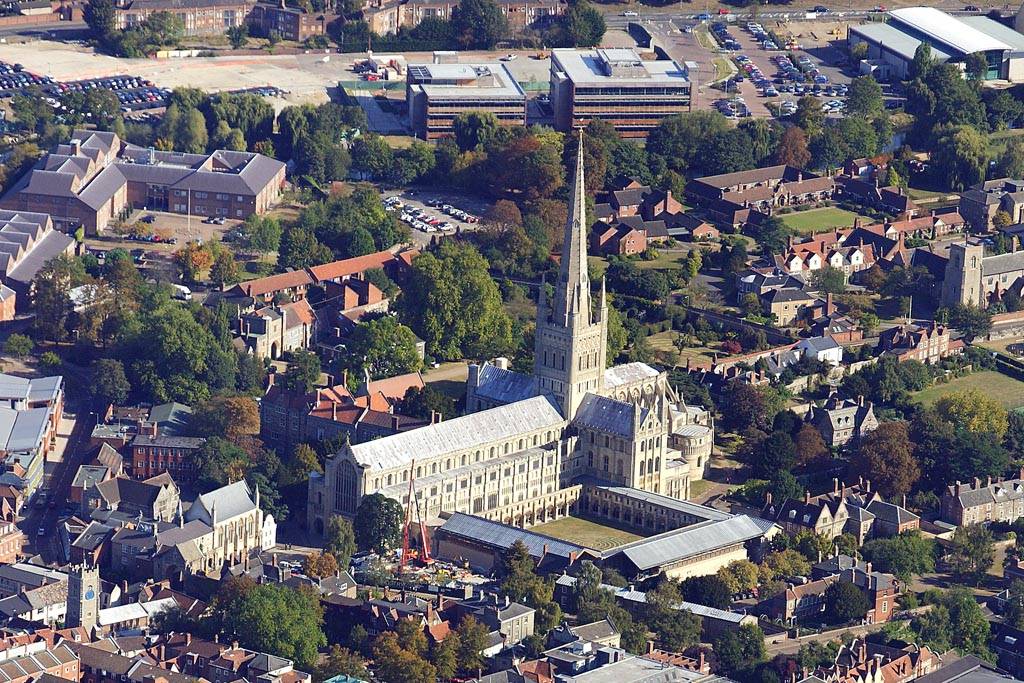 Norwich Cathedral is the most complete Norman cathedral in the UK, founded in 1096 by Bishop Herbert de Losinga. The main building and many of the monastic buildings were finished in 1140 by his successor Bishop Everard de Montgomery.

The Cathedral was actually built as a penance. De Losinga had bought the Bishopric and full of remorse he travelled to Rome to see the Pope who ordered the construction of the cathedral in order to be forgiven. 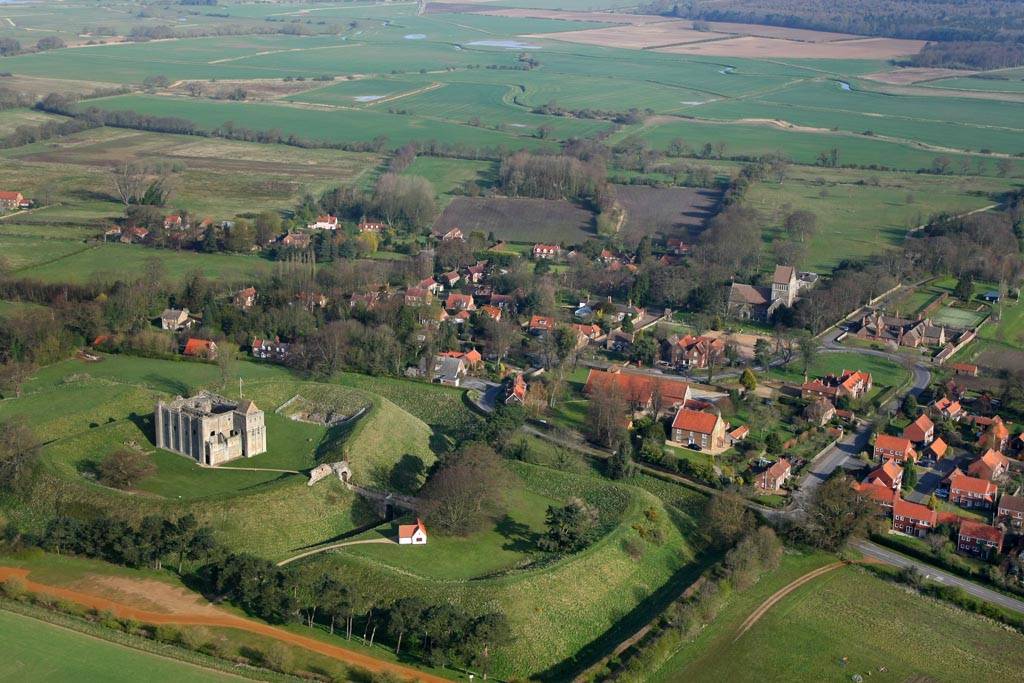 Castle Rising near King’s Lynn was built by William D’Albini. The keep was completed circa 1140 and is among the finest surviving examples of its kind. 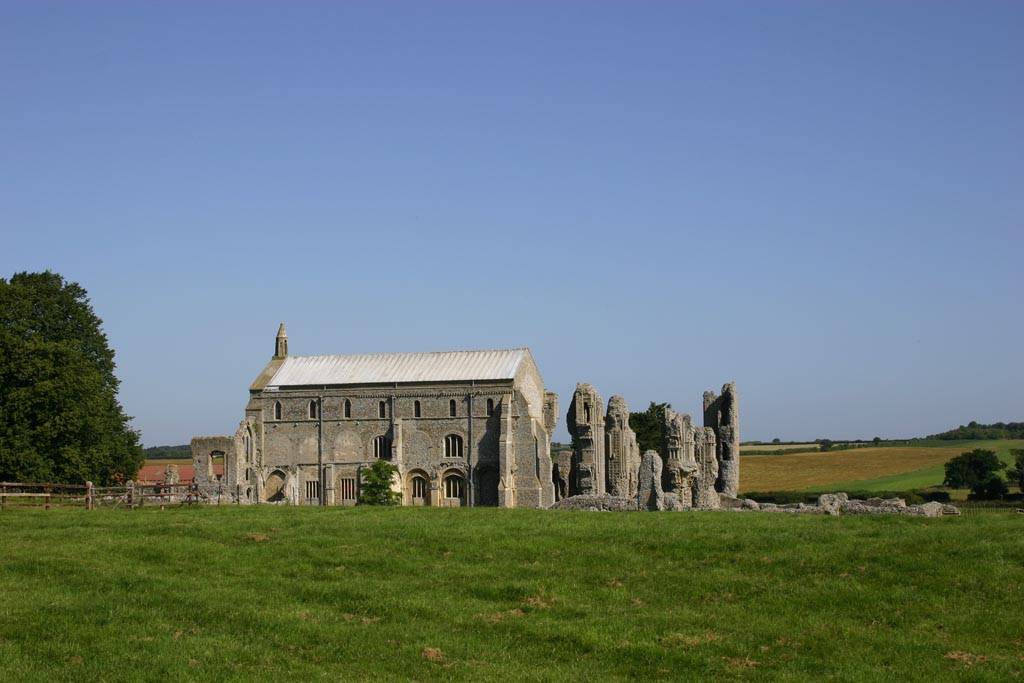 Binham Priory near Wells-next-the-Sea was founded circa 1104, although the building was not finished until the middle of the 13th century. The very impressive parish church, which shared the site, survived the 16th century Dissolution of the Monasteries. 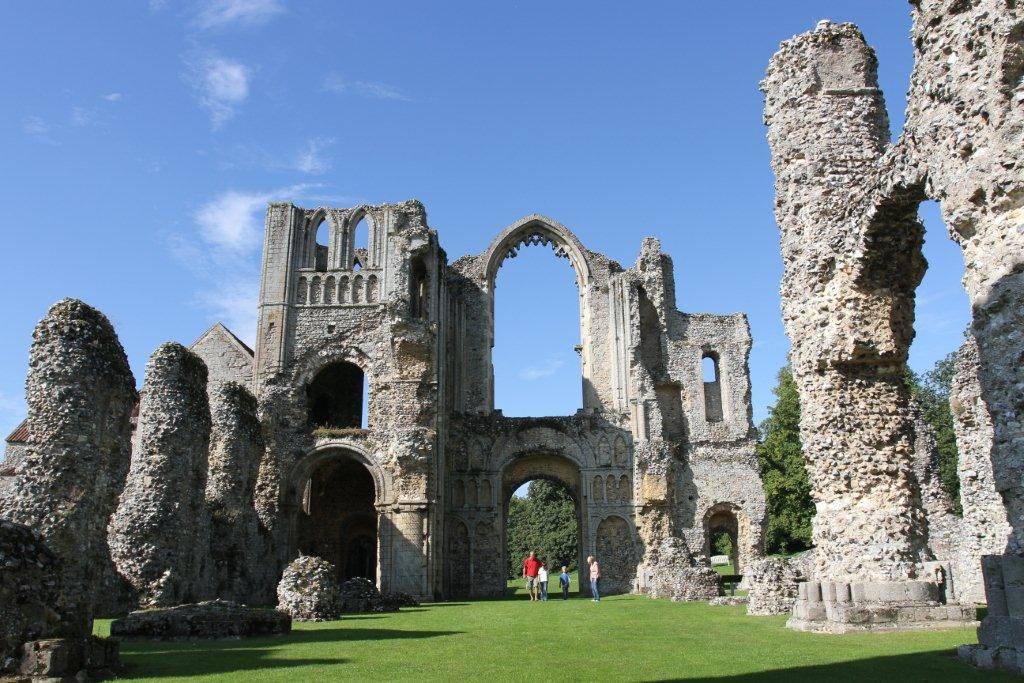 Castle Acre near Swaffham is a planned Norman settlement comprising the castle, church, village and priory (run by English Heritage) established after the Conquest by William de Warenne. 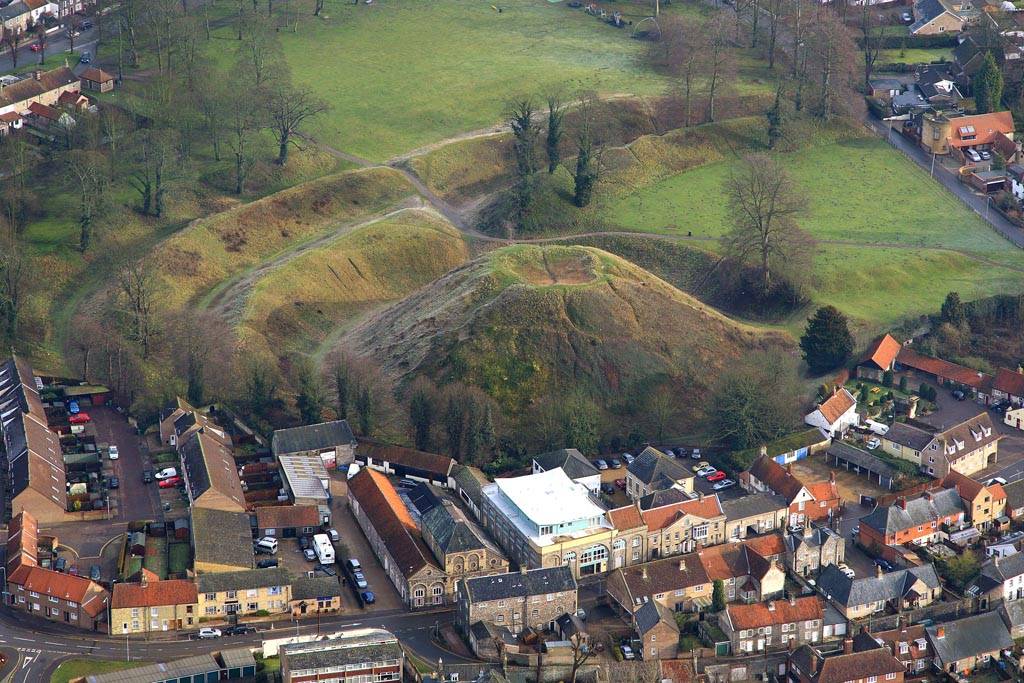 Thetford Castle Mound comprises the remains of a Norman motte and bailey castle, built soon after 1066 and dismantled in 1173. It is one of largest man-made mounds in the country. 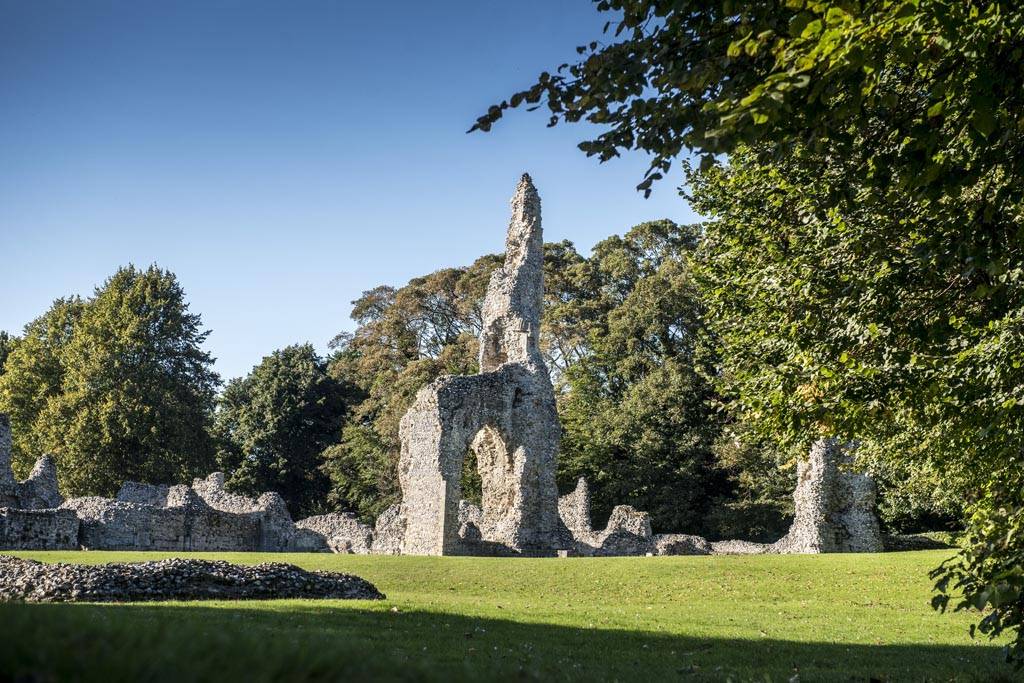 Thetford Priory established in the early 12th century, this was one of the most important East Anglian monasteries and was the burial place of the Earls and Dukes of Norfolk for 400 years. 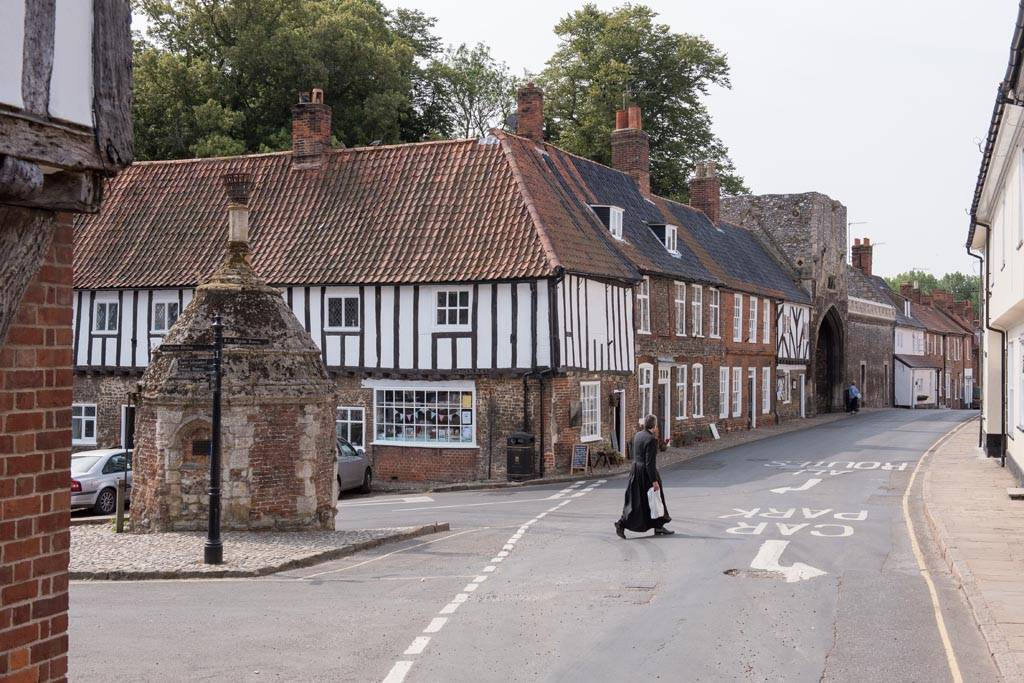 Walsingham Abbey and Estate, ‘England’s Nazareth’ was one of the great medieval pilgrimage destinations and continues to this day as a Christian pilgrimage centre. 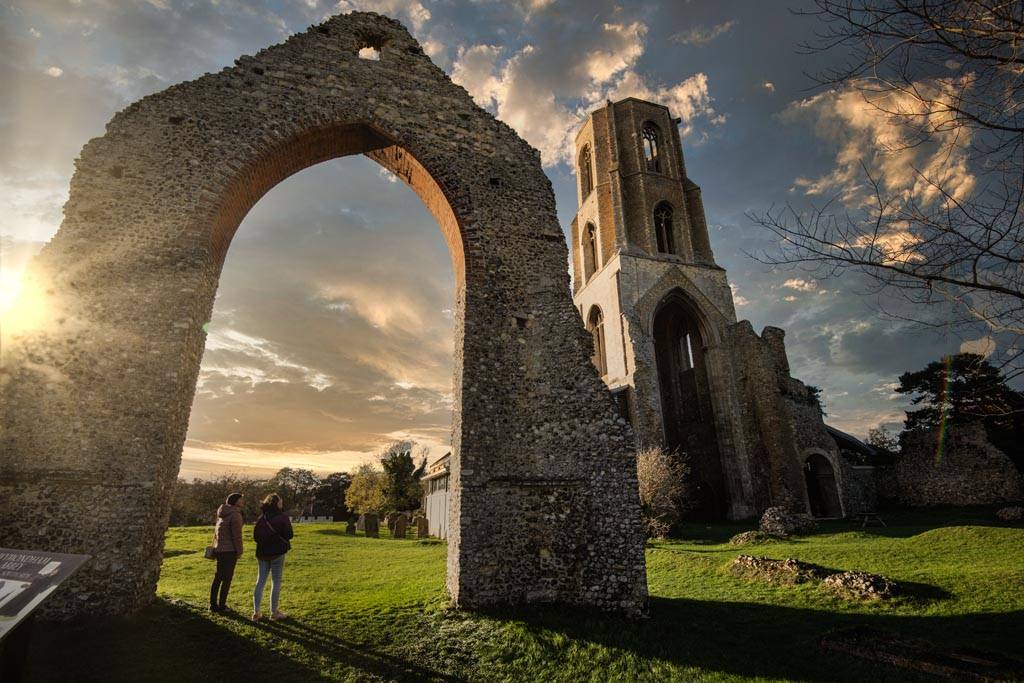 Plus, look out for Norfolk’s Medieval churches – the county has more than 600 historic churches, with many Norman foundations. 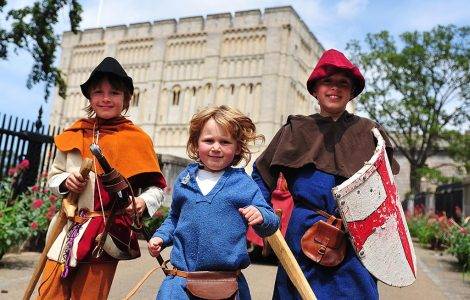