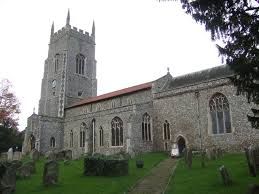 Saham Toney is a village and a civil parish in the English county of Norfolk.

Saham Toney is a village and a civil parish in the county of Norfolk, Breckland District (see Map below). The parish comprises not only the village of Saham Toney, but also Saham Hills, which has its own distinct history and character, together with a number of small hamlets, including Saham Waite. The majority of land in the parish is open farmland or parkland.

The village of Saham Toney derives the first part of its name from the old English meaning “village by the lake”, referring to Saham Mere, a 12 acre body of water dating back at least 12,000 years. The second part of the village’s name derives from the fact that the land was owned by Roger de Toney, a descendant of William the Conqueror’s standard-bearer, who was awarded the Capital Manor in Saham by King John in 1199.